Seriously? Seriously! Has it come to this, at high level mature youth sporting we are suing because "my kid didn't make the cut."  How about you sue your child for not living up to your own absurd world view, or sue yourselves for failing your children when they needed your support to make it through a challenging disappointment.

You can't make the world jump and caper to your demands, and you should raise your children with such delusions either.  I hope this family (as cruel as this is) not only loses this law suit, but is forced to pay the leagues damages.  Even if there are facts missing from the article (like the coaches publicly humiliated the offending players) I still see zero merit, and hope that this sort of thing doesn't become common place in society.
Posted by Unknown at 7:29 am No comments:
Email ThisBlogThis!Share to TwitterShare to FacebookShare to Pinterest
Labels: hockey, law

More from the ghost town


Posted by Unknown at 5:09 pm No comments:
Email ThisBlogThis!Share to TwitterShare to FacebookShare to Pinterest
Labels: g20, Toronto

Posted by Unknown at 5:05 pm No comments:
Email ThisBlogThis!Share to TwitterShare to FacebookShare to Pinterest
Labels: construction, deck, house

Well I've had my first real taste of the G20, having being away from TO for so long, not seeing the slow growth of the fences, the stark reality of their appearance was a little unnerving.  My walk through the red zone this morning was full of police, the RCMP, a couple of military looking types and various accoutrements of a police state that I am glad are temporary.  Not the least of which was a squad of horses "ready to go."
In spite of the uninviting nature, everyone seems jovial, and in good spirits, the police who have been brought to town for the invent seem collegial with the local team, and were probably happy for the peace that is the calm before the storm.  I hope they leave Toronto with an interest in returning, and spreading the word that in spite of 143 years of bad press since confederation Toronto isn't that bad a place.  (I know it is an uphill battle against long formed (and probably once justifiable) prejudices.

I left the office today with haste, and a sense of foreboding, a protest planned for tonight at 4:30 in the Financial District underlining the growing scope of this event.  Anarchist, and fringe aside, the G20 are not without fault when it coms to the worlds woes, and even if they were without blame, they also represent so much of the worlds wealth (both experientially and financially.)  An event like this, no matter how short, or expensive (and really regardless of the country it occurs within) offers a possibility for change, hopefully for the better.  Lets hope a cool beer beside a fake overpriced lake gives all the delegates a chance to reflect and elevate thinking.
Posted by Unknown at 4:49 pm 2 comments:
Email ThisBlogThis!Share to TwitterShare to FacebookShare to Pinterest
Labels: fence, g20, office, work

Alas those bygone halcyon days of vacation are now behind me, and I'm on my way to work.  I got my first spin on my new commuting bike, and by new I mean new to me.  Honestly this baby has to be the best piece of garbage picked treasure I've ever found.  When rescued from the edge of destruction she had rims made of rust, and tubes who hadn't held air in 30 years.  The tires so dry they were crumbling to dust at a touch.  But the frame was sound, and the gearing merely cried out for a tune up and some grease.
I did what I could with the tires and the tubes, but the tune up I left up to the professional, all and all she cost me less then $80 to get back on the road and running smooth.  So this morning, for the first time since moving to Milton, I cycled to the go station.  The ride was a lot faster then I expected (sure I've done it in no time flat with my good bike, appropriate cycling attire, and no luggage, but today I was ready for work and trying not to break a sweat.  So leisurely, I got to the station, feeling good, and happier for it.  The best I can I'm going to keep this up until the fall, maybe skipping the really wet, windy or hot days, but 20-30 minutes of cycling a day might not be the best exercise, but it is some exercise and it is exercise that I will enjoy and hopefully be better for.

On a side note, I did realize two things about my good bike I seriously missed, 1) peddle clips, seriously I always thought my cycling form was poor at best, but the number of times I lifted my feet off the peddle on the upstroke as I tried to lift it (in proper form) gave me cause to realize how much I love my clips.  2) My shifters.... this bike has the classic tension only shifters on the down tube, between position and the fact they don't click I was a little befuddled by them.
Posted by Unknown at 7:03 am No comments:
Email ThisBlogThis!Share to TwitterShare to FacebookShare to Pinterest
Labels: bike, commute, milton, work

So my new deck arrived today, that is substantially less awesome then it initially sounds, but I will save that detail until the last picture in the post.  They haven't been done yet, but the curbs are coming soon, this week or next.  The grass will follow shortly their after, and the topsoil, or as my neighbours daughter called it, the mountains, were delivered over the weekend.  I'm not 100% sure it isn't night soil instead of topsoil, or at least to some large extent manure based.  That will be good for the grass once it is in, but has a certain, bouquet.

Posted by Unknown at 10:39 pm No comments:
Email ThisBlogThis!Share to TwitterShare to FacebookShare to Pinterest
Labels: construction, deck, house

Erin had her second ultrasound last week, I will spare you the details, but our unborn child is wiggly and highly uncooperative, so to make it up to Erin I voluntarily watch New Moon, which was predictably terrible.  We don't really have a "working name" for this one yet, tossing around Tikki, which is actually the name of the future babies precious stuffed toy (yes this is a memory we can imprint upon young minds, you will love this toy, this toy brings you comfort.)  Or Gertie, because we thought the movie Moon was refreshingly classic Sci-fi, but that was a ?homicidal? maybe must pathological robot voiced by Kevin Spacy.  So like I said no fixed name yet, not like Bryan, who we called Morgan until he was born.

As for real names, well that is fun to think about and we will tell you when they are born.

Thought I would abuse my blog  in a more conventional (and thus trivial way) an inane status update about crap :)

Got a bunch of little tasks done around the house.  The TV is up on the wall, and I got some of the bathroom fixtures up.  Not that exciting I know... Worse, I'm going to tell you about my lunch, here I was going "hmm PB + Bacon" that would make a good sandwich, but then I found the tomato, and the roast chicken (real not that sliced stuff that is mostly "meat protein" and lettuce.  BOOM throw down some montray jack and you have yourself a bitching club sandwich.  I don't know what the fight was, or who my opponent was, by my sandwich won hands down.  To accompany my awesome sandwich was a fine episode of "The greatest tank battles" clearly, full of win!

In random news, apple finally did what I said they would do, they came out with a Mac Mini with HDMI, finally invalidating the Apple TV, and producing a device that I've been saying for years "all apple has to do is make this device and I will buy it."  Damn you Steve, damn you... This didn't even qualify as "key note" material for WWDC this was like an afterthought half way through WWDC, just like "By the way, we refreshed this."

Its a rough year for me and my apple fetish, between the iPhone 4, the iPad, the new Mini, and the laptop catastrophe I find myself being drawing to just get a direct withdrawal setup off my paycheck right into steve's pocket.

Lacking an actual garden, or grass yet, Erin and I have carved out a niche on our balcony.  I'm actually sitting up here enjoying a fine draft, listening to some D&D podcasts, surfing the web, and relaxing.
It might not be a proper job of landscaping, but it makes it feel like home.  I also have some planter tomatoes, and some herbs up here, so my bruschetta needs will not go untended this season.

Posted by Unknown at 4:20 pm No comments:
Email ThisBlogThis!Share to TwitterShare to FacebookShare to Pinterest
Labels: construction, garden, house, porch

Bryan had lots of work keeping him busy yesterday in the office, as I understand from his assistant there were a lot of 8's and 2's that needed doing.

Posted by Unknown at 9:55 am No comments:
Email ThisBlogThis!Share to TwitterShare to FacebookShare to Pinterest
Labels: Bryan, work

Heart and Stroke Splash For Heart

Our bedraggled heroes have returned from their quest to ride 25 km for the Heart and Stroke Society.  In  actuality they traveled about 36 km because they snuck a few extra (ill-advised) km in there, and instead of cycling that distance, they swam.
Erin and I are still collecting donations until the 14th, you can donate to our individual links here:
Erin's donation page is here
Geoff''s donation page is here
Now enjoy pictures of  our soaked, and heroic selves:

Posted by Unknown at 4:25 pm No comments:
Email ThisBlogThis!Share to TwitterShare to FacebookShare to Pinterest
Labels: bike, charity, Heart and Stroke, rain, Ride For Heart, weather

It was a bit of a mad house here today, got a lot done, and am on my way up to bed to crash.

Also finished hanging the pair of hanging baskets outside, and got a little bit of art up on the walls.

Finally, AC was installed, and its been going since ~7 and I haven't seen it stop draining water off the condenser, like not trickling water, but like pouring water out of the air.  It's just humid in here.
Posted by Unknown at 11:04 pm No comments:
Email ThisBlogThis!Share to TwitterShare to FacebookShare to Pinterest
Labels: hot, house, weather

Well it has been busy, very very busy these last few days, we have been in a week now, and I can't even say I noticed it all going by,  just been so crazy.

So here are some pictures of us moved in, I will try an annotate, as always the post title links to the album in full


Posted by Unknown at 10:34 pm No comments:
Email ThisBlogThis!Share to TwitterShare to FacebookShare to Pinterest
Labels: house, moving

Sorry for the delay, but we are just getting are legs under us here, so here we are the night before moving, everything is packed up tight, and every nook and cranny of the garage, third bedroom and basement is FULL 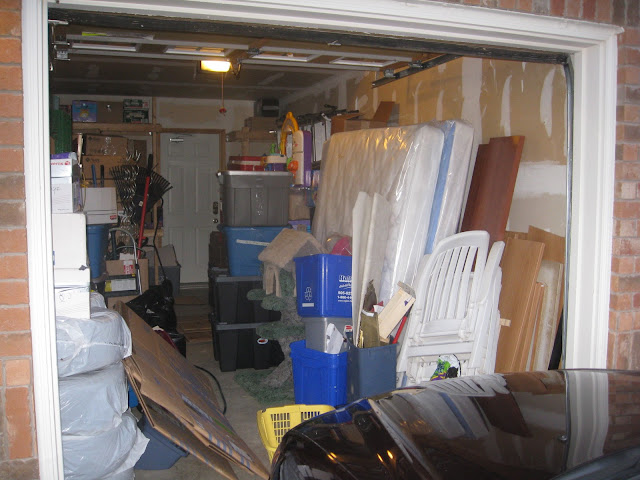 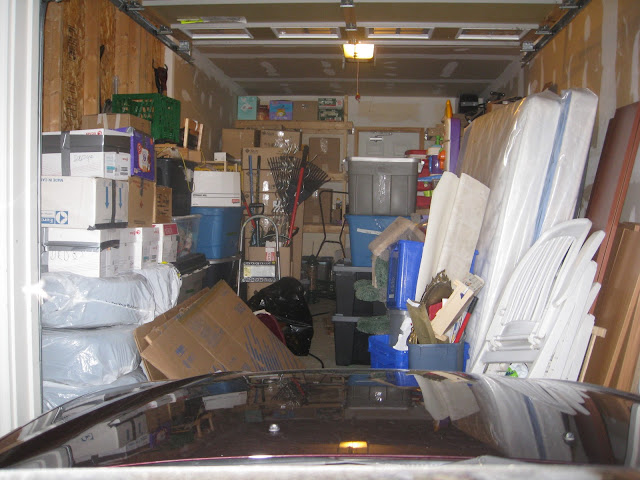 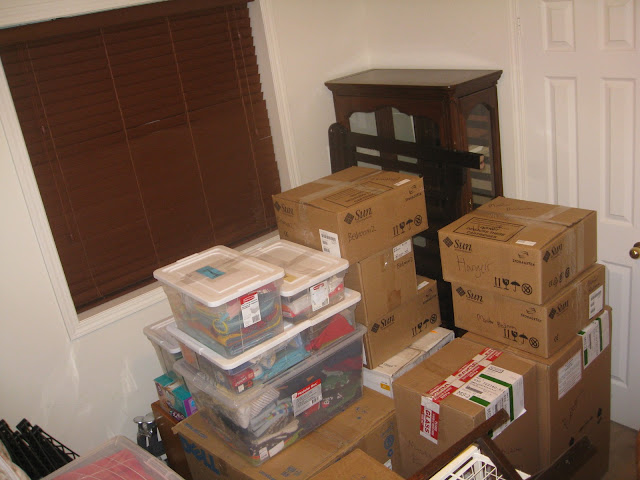