Found this on the interwebs, and I thought I would share as it is pretty neat. (Yeah great post I know, but I liked the picture, thats all.) This photo is posted under creative commons licence and is property of Jonathan Moreau
Posted by Unknown at 7:04 am No comments:
Email ThisBlogThis!Share to TwitterShare to FacebookShare to Pinterest

Well we had our first snow of the year up here. More hail like then snow but we still went outside and taught Bryan about snowballs :)
Posted by Unknown at 10:54 am No comments:
Email ThisBlogThis!Share to TwitterShare to FacebookShare to Pinterest
Labels: Winter cottage 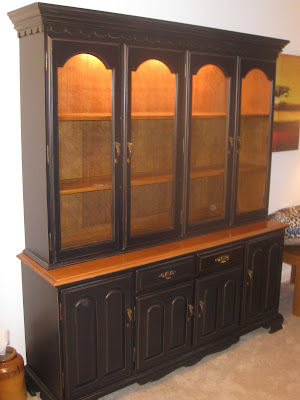 Posted by Unknown at 9:34 pm No comments:
Email ThisBlogThis!Share to TwitterShare to FacebookShare to Pinterest

So I got an award at RBC this summer, I was a quarterly STAR winner, which is the largest quarterly award one can get, and I was pretty darn proud about it, and with it came some gift points which I exchanged for some chapters cards. At the same time I also cached in some visa points for some futureshop cards. So here I was sitting on this pile of gift cards, when my Quarterly STAR award was upgraded to a Silver Yearly STAR award, which is really good. We have 4 tiers, Convention, Gold, Silver, and Bronze. The convention winners are the top dogs, and they go with the convention winners from the other devisions of the company, and a guest of their choosing to a professional development convention, on a giant fraking cruise ship in the Caribbean in January. In spite of the boondoggle it sounds like, the non-guests, ie the RBC employee winners actually do have a mini convention, but it doesn't take up the whole trip, still tres cool, and a little jealous, but I didn't warrant myself a convention winner, hope yes, but expect no :)

So I digress, my award got bumped to a silver, and i got yet more reward points, so yeah me, and my points. So I've been on a gift card shopping spree these last few days and am now laden with books. Erin got a bunch of Octavia Butler, I also got the new Terry Brooks Landover Novel--cry and possibly last as a brilliant writers mind gets eaten away by altimeters ):

What else is in the pile, some D&D books, 2-3 seasons of TV, some movies, the new Diane Gabaldon, and the new Neil Gaimen tween novel (seriously, the grave yard book was awesome, so I'm excited for the next one.)

So for the last 2-3 days boxes have been coming in the mail every day (since chapters sent three boxes from their warehouse the same day instead of one big box ...) And for the next few weeks some more will arrive as the preorders become available.

My only sad is I really like buying the D&D books from my FLGS to support them, but free is better then paying I suppose.

Anyways thats all
Posted by Unknown at 7:38 pm No comments:
Email ThisBlogThis!Share to TwitterShare to FacebookShare to Pinterest
Labels: books, Dungeon and Dragons, Movie

Well for those who would like something to look at, here is our site plan for our new home, oooo ahhh! 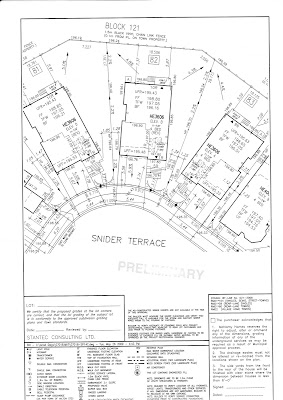 Interesting, at least to me, is I have to completely rethink how I think about our home. We have the mirror inverted variant of our model, I didn't know that, and so I was visualizing it one way, and now I have to think about it another. So just weird.

Other oddities, we have an cat niche, I mean art niche above our front hall closet. Its just so strange and tall I don't know what we will put in there, other then cats, but I guess that is better then dead space?

So the rest of our house appointment was fun, and expensive, but fun. It was in some respects death by a thousand cuts, just in little electrical upgrades we racked up a ton, to make it worse, most of the electrical upgrades were adding a junction box for a light, and not the light itself, so It think we need 4 fixtures. Might be able to get away with 3, as I think we want 2 in the kitchen that match, but the existing kitchen one can go some where else, so yeah... :)

Biggest upgrade we weren't expecting, but I'm glad we chose, is the glassed in shower. Its going to look svelte!

The one I'm least happy about and we have 10 days to cancel is the basement rough in. Its just in such an aweful position it ruins the space. (well not 'RUIN OMG I WANNA DIE' ruin but I don't like it)

Otherwise we got a little side swiped by 2 upgrades we thought we were going to pick up in our second visit not our first, that being our kitchen package and stair stain. So the net price is the same, just we owed more deposit up front.

Anyways, between yesterdays excitement and the letter about the extra taxes I'm about neutral. (happy + pissed = meh)

If I compartmentalize a little better I'm really happy about the house, and really mad at Mattamy/Halton. There yeah house!
Posted by Unknown at 7:27 pm No comments:
Email ThisBlogThis!Share to TwitterShare to FacebookShare to Pinterest
Labels: house
Newer Posts Older Posts Home
Subscribe to: Posts (Atom)